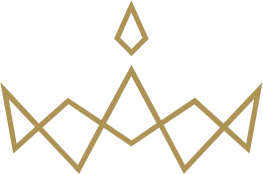 As a fourth generation gamecock and native of South Carolina, Reedy has a love for this university and state unlike any other and is excited to see the positive changes and impact that she will be able to make in her time as Student Body President. Reedy joined Student Government as a freshman as a member of Government Relation’s State Lobbying Agency, the Legislative Action Network. She then served as the Secretary of Government Relations, sitting on the Student Body President’s cabinet, overseeing the three advocacy agencies and spearheading Student Government’s student advocacy efforts. She was able to execute a successful Carolina Day this year, and each of the advocacy agencies presented their reports to their respective levels of government for the first time in a few years.

Aside from her Student Government and work involvement, she has been incredibly involved in additional organizations across campus. Reedy is an active member of Delta Delta Delta where she served as the Chairman of Membership Development. She represented Tri Delta as a junior panhellenic delegate for the College Panhellenic Association and served as a Pi Chi Recruitment counselor.

Reedy is also a member of Omicron Delta Kappa, Order of Omega, and Capstone Scholars. This past year, she was a student teacher for a Capstone Business section as a Peer Leader for a University 101 course. Reedy has also worked at the South Carolina Statehouse for the last three years as well. She served as a Page on the Floor of the South Carolina House of Representatives for Representative Beth Berstein. She was then hired to work on staff for the Speaker of the House of Representatives, Jay Lucas, and has worked there for the last two legislative sessions.

Reedy is passionate about addressing the issues of mental health services on campus, restructuring academic advising, increasing safety measures for students in our on and off campus communities, and collaborating with President Amiridis to amplify the voices of the students. She hopes to leave the role, Student Government, and the University a better place than she found it.

Reedy is dancing with Conrad Haas.

Support Reedy by donating below!